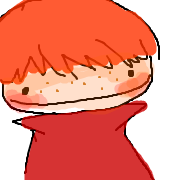 Today is the first in an irregular series of posts that will briefly highlight the various talented artists whose works help lift Fighting Fantazine up to be something other than a very dense chunk of text.

To kick off, we turn the spotlight on Natalie Gingerboom.

The magazine was first put in touch with Natalie after her contribution to an art competition on the official website which depicted Zanbar Bone and his Moondogs (from City of Thieves). Andrew Wright, our "Out of the Pit" wrangler spotted her talent and got in touch, directing her to the newly released first issue of the magazine. She sent an email and before the week was out she'd signed over her soul and was hard at work on the cover for issue #2.

Since then she's been hard at work studying illustration at University, and you can visit her blog to take a peek at her non-Fighting Fantasy efforts.

In an effort to keep her from drowning in study we've kept her busy ourselves, with Natalie doing the back cover for issue #3 and most recently the front cover for issue #5 (which she discusses on her blog and a bit of which I've nicked for the logo at the top of this blog).

Fans can look forward to more of her artistic efforts as she contributes to issue #7, currently planned for release in July...
Posted by Alex at 18:46